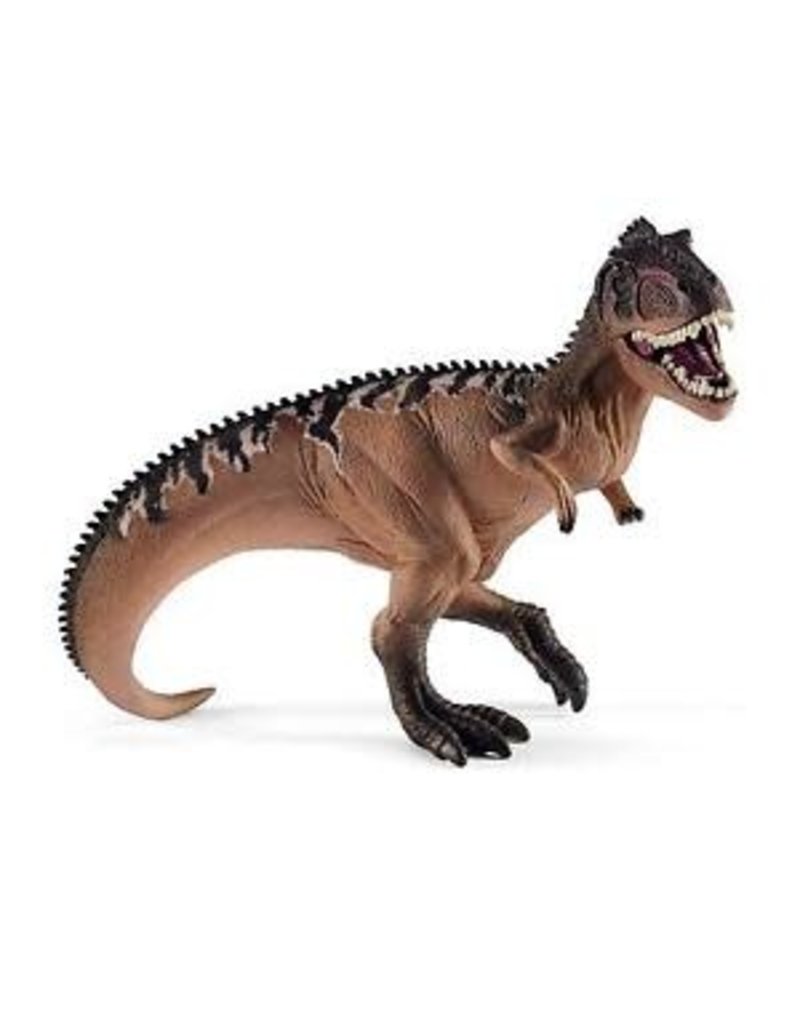 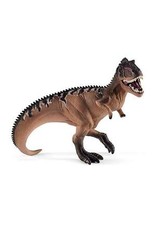 The Giganotosaurus looks very similar to the T-rex. Both were dreaded hunters, had very short arms, walked on two legs and had a large skull. However, the Giganotosaurus lived much earlier and was at home in North America, whereas the Tyrannosaurus rex lived in South America.