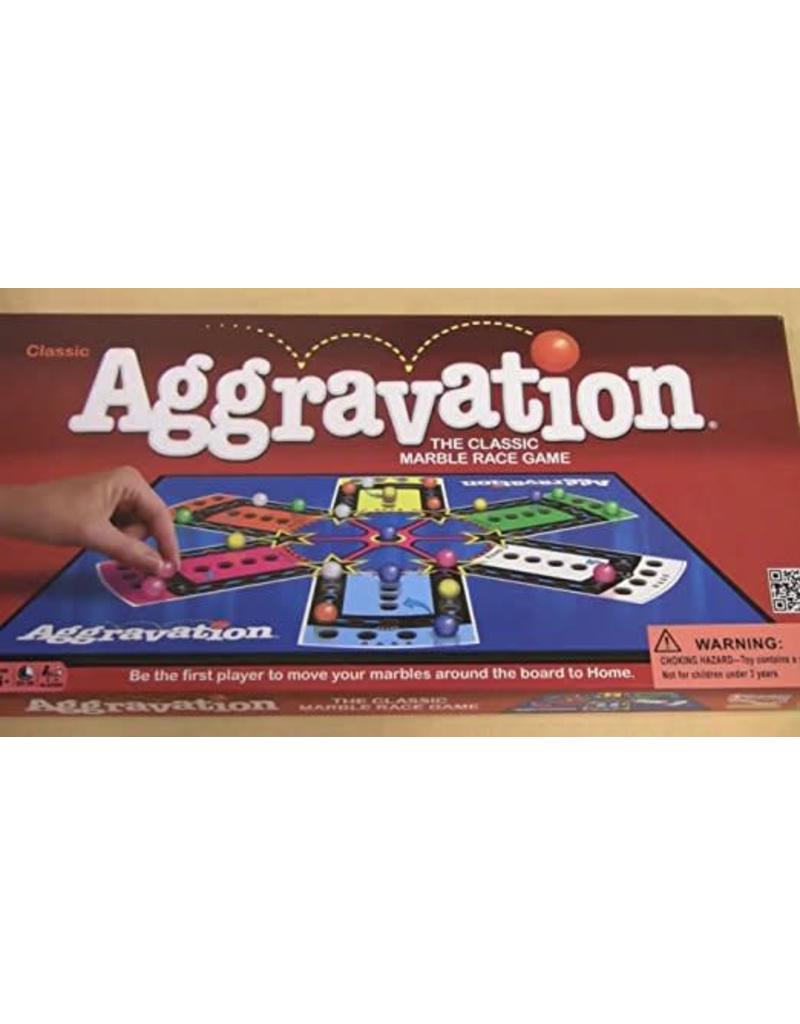 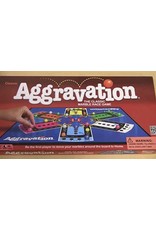 Aggravation is a board game for up to four players and later versions for up to six players, whose object is to be the first player to have all four playing pieces reach the player's home section of the board.

WHATS IN A NAME: Aggravation, comes from capturing an opponent's piece by landing on their space, known as "aggravating".

THE PLAY: Take shortcuts to “zip” ahead. Or, try a super shortcut and shoot across the board! There are no safe spaces where player’s marbles can’t be captured.

SPECIAL FEATURE: Our game accommodates up to 6 players!